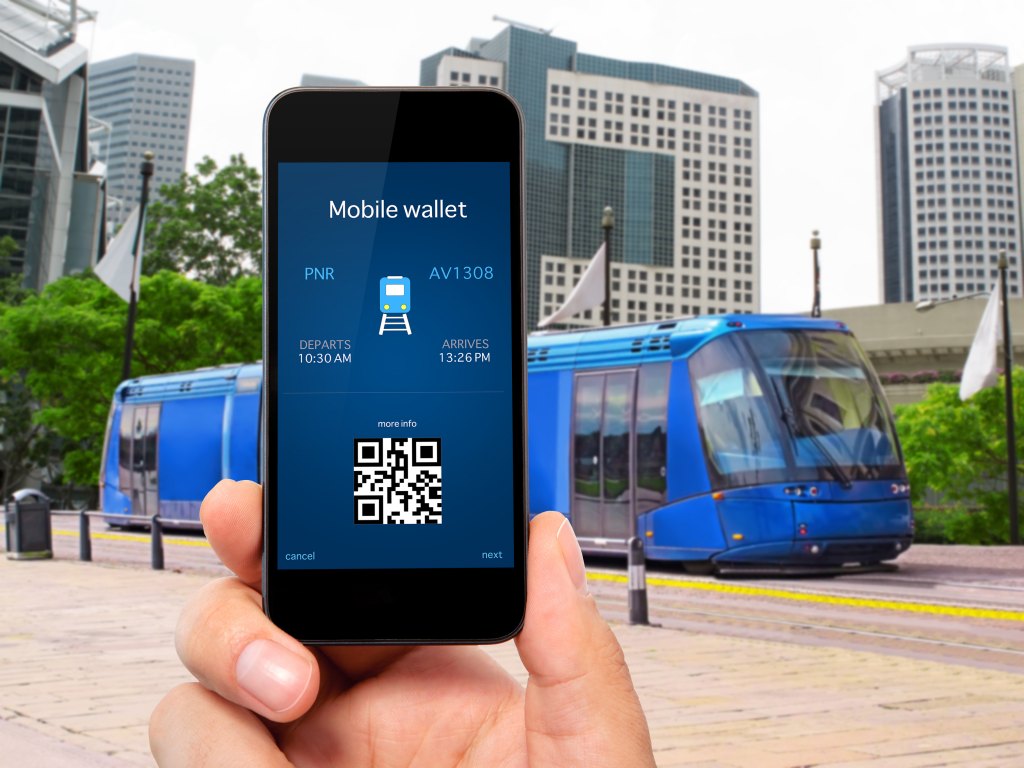 Are QR codes a long-term solution for smart ticketing?

New applications of QR codes in recent months mean that they have become part of our everyday lives, including as part of ticketing solutions. The motivation is simple: they quickly offer touchless payment and access control options. However, are they a credible long-term solution? Alongside significant security threats for operators and consumers, there’s a risk they provide only moderate improvements in customer experience due to ergonomic challenges and could be hampering end-to-end mobility. Let me explain further…

The post-pandemic growth of QR codes

According to a 2020 poll by MobileIron of US and UK consumers, 72% used a QR code in the past month and half of the respondents say their use has increased since 1 January 2020. Furthermore, 67% of respondents believe QR codes could facilitate a ‘contactless world’.

This is understandable; QR codes are quick, easy and cheap to deploy, and almost all of today’s smartphones can scan and display them to be read by terminals. With transport operators / authorities working within tight budgets and looking for cost-effective contactless and mobile ticketing options, QR codes might feel like a good solution, but do they really have a long-term role in transport ticketing?

The importance of turnstile throughput in mass transit locations is undeniable. Not just in metro stations, but also in buses, where the commercial performance is linked to boarding time. Consequently, the ticketing transaction time is a major economic factor to consider. All transport operators / authorities want to know how quickly they can get travellers into the network or on a mode of transport within the shortest timeframe to avoid queues and support social distancing. Ergonomics is crucial.

Smartphones have been pivotal in supporting QR code adoption, but while mobile device technology has developed significantly over the years, QR codes remain relatively unchanged since their inception in the 1980s.

Consequently, the readability between the consumer’s QR code, and the QR code reader can be limiting. Even when viewing this authorisation process in its most basic form, the QR code must be visually presented, aligned within a suitable range, scanned and approved, taking precious time. Not only can this be frustrating for the passenger at congested entry and exit points, but it creates an extra cost to transport operators / authorities as traveller assistance is regularly required to get through turnstiles.

This is in contrast to a contactless chip-based ticket, usually enabled by NFC technology, which only needs to be within a pre-defined range of the turnstile/terminal to be validated and is unrivalled in providing validations quickly and successfully. Unlike the process needed to present a readable QR code, a chip-based app does not even need to be opened. For example, a Calypso transaction takes only 120 milliseconds, and at stations with high footfall it can allow 60 passengers through each gate every minute.

Conversely, QR scanners in turnstiles are vulnerable to simple degradation when the glass readers are obstructed. Consequently, stations are at risk of seeing many of their gates becoming inoperable very quickly by scanners being put out of action so quickly and easily, exacerbating the risk of bottlenecks and creating a maintenance headache.

Hidden security threats and the issue of trust

For consumers, a big risk comes from fake QR codes in a seemingly legitimate setting, which can download malicious software, execute phishing scams or make fraudulent payments. According to MobileIron, 71% of respondents could not tell the difference between a legitimate or malicious code and 35% are unaware that hackers can target victims using a QR code. In Japan, a well-known branch of convenience stores suspended their QR payments app for this very reason and in China, QR pickpockets are a significant concern.

With trust a key factor in transport ticketing, it is possible that travellers could be reluctant to use QR codes if they need to scan one themselves as part of the purchasing process. While some QR code apps can mitigate this risk and offer protective measures against fraud, convenient contactless ticketing must be universally trusted across all implementations. One hack can have a huge impact on consumer confidence.

When transport operators / authorities develop their strategies for upgrading their ticketing systems, one element protecting their investment is sustainability.

The future landscape for ticketing looks towards integration and value-added offerings, such as partnerships between transport and retail and different modes of transport and the evolution of MaaS. These exciting developments will add new capabilities for consumers. Underpinning this transformation is Account Based Ticketing (ATB), which favours a server-centric data architecture with secure identifiers. For developers, QR codes could be sufficient as they are easy and inexpensive to make. However, for transport operators / authorities who are looking to offer frictionless end-to-end mobility by integrating MaaS providers with multi modal transit networks, the usability and security concerns mean QR codes cannot be the long-term solution.

What we know is that early studies conducted in the 1990s assessing long-term contactless ticketing dismissed QR codes in favour of contactless chip technology. It recognised that contactless ticketing solutions must provide a fast, seamless experience for the passenger. For this reason, QR codes have never been seen as a suitable backbone for ticketing infrastructures as their ergonomics means that they can be cumbersome and difficult to use.

Those that have deployed them have needed to invest in upgrades towards chip-based technology. Some major train operators are already formulating plans to migrate from QR codes as they were facing too many bottlenecks in their stations from passengers struggling to use QR-based tickets.

We recognise that all technology offers advantages.

However, when considering them as the basis of contactless ticketing, should we target simplicity for the developer or the customer?

GET A QUICK QUOTE

Get a quick quote